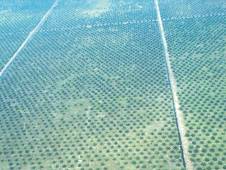 Oil palm in Indonesia: the global area of oil palm production nearly tripled between 1961 and 2000, covering at least 10 million hectares globally, mostly at the expense of natural habitats. © Marco Lambertini/BirdLife

The conversion of lowland forest to commercial oil palm and rubber plantations is particularly common across parts of South America and South-East Asia, and poses a significant threat to birds and other biodiversity. Many forest birds, especially those with more specialised dietary requirements, are lost once forest is converted to plantation. In one study in southern Thailand, 60% of the 128 forest bird species recorded were not found outside lowland forest.

Tropical lowland forests are being lost at an alarming rate, largely due to the clearance of land for agriculture. It is predicted that 10 billion hectares of natural ecosystems will have been converted to agriculture by 2050 (e.g. Tilman et al. 2001, Green et al. 2005). The conversion of lowland forest to commercial oil palm and rubber plantations is particularly common across parts of South America and South-East Asia, and poses a significant threat to bird communities and other forms of biodiversity.

When timed bird species counts carried out in oil palm or rubber plantations in southern Thailand were compared with similar counts performed in areas of protected lowland forest, researchers found that the habitat conversion had resulted in the replacement of species-rich communities with species-poor ones (Aratrakorn et al. 2006). Overall bird species richness was 60% lower in oil palm and rubber plantations than in lowland forest areas (see figure). Of the 128 species recorded during the study, 77 (60%) were found only in lowland forest. Eight of these have very restricted ranges and are confined to extreme lowland areas. In addition, almost all species of conservation concern (15 of the 16 globally threatened or near-threatened species recorded in forested areas) disappeared after the land was converted to plantations. Moreover, species with more specialised dietary requirements (e.g. insectivores and frugivores) suffered more losses than more generalist consumers (omnivores), possibly because they were less able to adapt to changes in food availability.

The outlook for tropical lowland forests is not good. The demand for palm oil and rubber is likely to increase over the coming decades as a result of increasing human populations, and palm oil production alone is expected to double by 2020 (e.g. Clay et al. 2004, Green et al. 2005). Increases in palm oil production have so far been enabled largely by converting natural habitats into plantations. In Malaysia, for example, the area planted with oil palm increased by over 70% in 10 years between 1994 and 2004 (Clay et al 2004).