Investing in conservation is essential and affordable 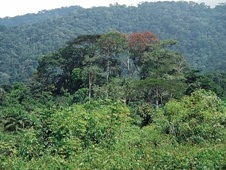 Global conservation investment still falls far short of what is needed. Conservation financing is rarely sustained, and often not directed to where it can do most good. The biggest shortfalls are in developing countries—often biodiversity rich, but economically poor. Those who benefit from biodiversity as a global good have an obligation to contribute more to looking after it. Effective biodiversity conservation is, in fact, easily affordable, requiring relatively trivial sums at the scale of the global economy.

Conservation of biodiversity requires a major increase in investment

Effective biodiversity conservation at a global level will require a very large increase in investment. In particular, under the Convention on Biological Diversity, developed countries have promised to make available new and additional financial resources to developing countries but to date this has not happened on anything like the scale necessary to do the job. A large part of this investment is needed to go into correcting the imbalance in the way that the costs and benefits of biodiversity conservation are distributed. By and large, the costs are borne locally—often by poor people in rural areas forgoing the benefits they would otherwise gain from converting natural habitats or exploiting natural resources. The benefits from conservation, in contrast, accrue on a much wider scale, nationally and globally (

We can afford to conserve global biodiversity if we want to

Although the scale of the overall task may seem daunting, there is unquestionably a great deal that can be achieved. Indeed, some major tasks are well within our collective financial grasp: it has been estimated that ensuring the integrity of the world’s existing protected areas would cost only an extra US$2.5 billion, while expanding the network to safeguard most wild species would cost a further US$22 billion. On a global scale, these sums are trivial. Current global funding on protected areas is only around US$7 billion, of which less than US$1 billion is spent in the developing world, which holds most of the world’s biodiversity (

Funding for conservation can be delivered through a variety of mechanisms

There are many ideas for increasing the investment necessary to fund conservation; these include involving private donors, encouraging commercial sector investments and partnerships, and developing new markets for conservation-friendly products, ecosystem services and carbon credits (

). However, the overall amounts needed are such that the major source for the foreseeable future is bound to be tax revenue, raised by governments.

Priorities must be set to target scarce resources

Understandably, a great deal of effort is expended by conservation organisations in trying to increase the resources available for conservation work. Meanwhile, it is important that the best possible use is made of the resources that are available. This entails careful selection of priorities (e.g.

), and trying to ensure that work carried out in response to those priorities is undertaken in as strategic and efficient a manner as possible (

Many actions are underway but there are still gaps

Conservation measures have been proposed for all globally threatened bird species and key actions have been started for the majority. These actions range from species-specific actions to conservation of sites, through to broad-scale initiatives. However, for only one in twenty threatened species have all key actions been implemented (

). For many species, needed research is being undertaken but direct interventions are still lacking (

). In Europe, a review of progress in implementing Species Action Plans showed that, five years after publication, about half of the high priority actions had yet to be undertaken (