West Nile Virus is spreading throughout the Western Hemisphere 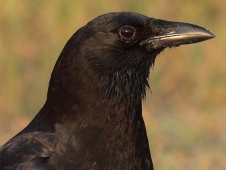 Since its accidental introduction into North America in 1999, the West Nile Virus has swept rapidly across the Western Hemisphere resulting in the death of millions of wild birds from over 250 species. Particularly affected are species belonging to the Corvidae family. These large-scale population decline are likely to significantly increase the risk of extinction for many already threatened species.

West Nile Virus (WNV), a disease indigenous to Africa, the Middle East and southern Europe, was accidentally introduced into North America via New York in 1999. Since then it has swept rapidly across the continent and down into the Caribbean and Latin America. Most organisms in the Western Hemisphere have low resistance to the virus owing to their lack of previous exposure (Male 2003, Townsend Peterson et al. 2004). Bird populations, across North America, have experienced large-scale declines as a result of WNV (LaDeau et al. 2007; George et al. 2015).

Some bird species have experienced significant declines in survival associated with the arrival of WNV, followed by recoveries to pre-WNV levels (George et al. 2015). For example, the Red-eyed vireo Vireo olivaceus populations dropped about 29% when they first encountered the disease. Over 30 million of Red-eyed vireos likely died from the virus, but this species’ populations only endured massive die-offs the first year WNV hit them and subsequently recovered. Other species’ populations, such as the Warbling vireos Vireo gilvus, as are still declining from the disease.

Although WNV is a largely mosquito-borne disease, it can be transmitted directly from individual to individual. This poses a particular threat to predatory or carrion-feeding birds such as Corvidae (crows and jays) that feed on dead or sick animals. Corvidae account for over 70% of all reported dead birds infected with WNV since the virus arrived in 1999, with American Crow Corvus brachyrhynchos showing the highest levels of mortality (Male 2003; Townsend Peterson et al. 2004; Foss et al. 2015). Individual American Crow populations have been known to decline by over 60% during a single WNV outbreak (Yaremych et al. 2004, Caffrey et al. 2005), and nationwide bird surveys reveal that the population in the US has declined by over 20% (National Audubon Society 2007). Similarly, the Yellow-Billed Magpie Pica nutalli has suffered population reductions, with individual populations experiencing decline of 49% over two years (Crosbie et al. 2008).

Common species like American Crow and Yellow-Billed Magpie are unlikely to be at risk of extinction due to WNV. However, the disease is likely to interact with existing pressures (e.g. habitat loss) to increase the risk of extinction for already threatened species such as the Vulnerable White-necked Crow Corvus leucognaphalus, the Critically Endangered Ridgeway’s Hawk Buteo ridgwayi and Cozumel Thrasher Toxostoma guttatum (Male 2003, Marra et al. 2004).

If the virus spread to Hawaii it would be especially lethal to the island’s threatened birds, which have evolved in the absence of biting insects and are relatively immunologically naïve. Now that mosquitoes have been introduced to the island it seems only a matter of time before WNV spreads and becomes established there. Hawaiian Crow Corvus hawaiiensis may be particularly vulnerable to the effects of WNV, owing to its observed effects on similar species (e.g. American Crow). Hawaiian Crow is now extinct in the wild with only 37 individuals remaining in captivity, all of which could be wiped out by a single WNV outbreak (Van Riper et al. 1986, Kilpatrick et al. 2004, Townsend Peterson et al. 2004).