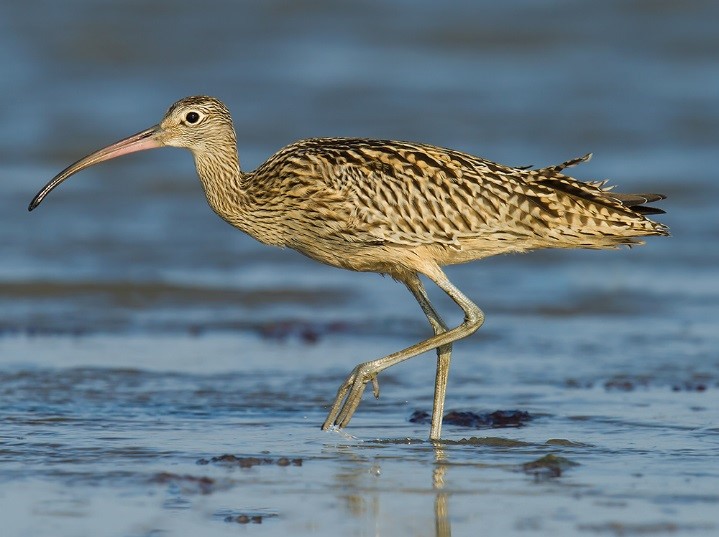 Populations of waterbirds throughout the world are suffering declines and Asia is particularly seriously affected. Analyses at the global, regional, country, taxonomic group or species level all indicate that populations of many previously common waterbird species are decreasing.

Waterbirds are a diverse group of over 30 families which are characteristic of, and ecologically dependent on wetland habitats. Many waterbird species are highly visible, often occurring in spectacular concentrations. Wetland ecosystems support a wide variety of biodiversity and throughout the world, human livelihoods depend upon their condition. Waterbirds represent one of the most obvious indicators of the health and diversity of such ecosystems.

These extensive declines are especially significant in East Asia, where 143 (64%) of the 225 waterbird species found in this subregion are decreasing. Additionally, in South and Southeast Asia 164 (62%) of this subregion’s 263 waterbird species are in decline. Many of these waterbirds inhabit intertidal zones whilst migrating along the East Asian-Australasian Flyway (EAAF), however these habitats are experiencing rapid degradation due to a range of threats including reclamation for development, pollution and sea level rise as a result of anthropogenic climate change (MacKinnon et al. 2012). As a result, widespread losses of wintering, passage and breeding grounds throughout the EAAF are driving these negative waterbird population trends. One of these waterbirds migrants which has been subject to these severe population declines is the The Far Eastern Curlew (Numenius madagascariensis). This species was recently uplisted to Endangered as trend data indicates an 80% population decrease over three generations primarily driven by habitat loss and deterioration in the Yellow Sea region (BirdLife International 2017).

Global trends for specific waterbird families also paint a negative picture. For instance trend estimates, which are available for 87% of waterbirds from the family Scolopacidae (sandpipers, snipes, phalaropes), indicate that 52 out of 79 species (66%) from this family are declining. Furthermore, trend estimates for waterbirds from the family Anatidae (ducks, geese and swans), of which trend data is available for 92% of these species, show that 80 out of 152 of these species (53%) are decreasing.