Temperature changes explain the loss of species populations in Mexico 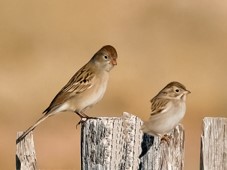 The gains, losses and turnover of endemic bird species from sampling points across Mexico between 1814-1999 and 2000-2012 have been influenced predominantly by temperature change, with precipitation change and an index of human influence being of less importance.

The biases inherent to large-scale monitoring projects—such as data concentrated in easy to access areas—was overcome by using a modelling approach that used the range of the existing data to evenly fill the gaps.

Of 115 endemic species studied, there were substantially more endemic species that have been lost than gained, with changes being largely driven by temperature change. The patterns of losses, gains and species turnover varied spatially, with losses being wide spread, but gains being concentrated in just two hotspots.  Climate change has therefore had large impacts on avian range dynamics over the past century, with profound effects on avian composition in Mexico.