Numbers and types of Important Bird Areas vary between regions 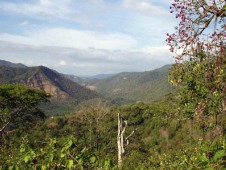 As of 2016 there are 13,092 IBAs, 10,764 of which are of global significance because of their importance to globally threatened species, range-restricted endemic species, biome-restricted species, or as bird congregation sites. Globally, the regional networks of Important Bird and Biodiversity Areas (IBAs) cover no more than 6–15% of the land or sea area. The areas identified are additionally important for the wellbeing of a correspondingly high number of plants and other animals. This localised approach concentrates conservation efforts and resources into key areas that maximise the benefits to biodiversity.

Percentages of sites that meet the different global IBA criteria, by region

Across the globe 13,092 IBAs have been identified over the past three decades. Of these sites, 82% (10,764 sites) are of global significance, meaning that they are important for globally threatened species, range-restricted endemic species, biome-restricted species, or as congregating sites for birds. While IBAs were originally terrestrially focused, over the past decade efforts have also emphasised the importance of marine sites. Currently there are 1,815 marine IBAs, 89% (1,616 sites) of which are deemed to be of global significance. By selecting these specific sites, conservation efforts can be focused to maximise the benefits provided to a range of threatened species (see figure). Only a small proportion of each region is covered by IBAs (6–15%), indicating their high efficiency in concentrating conservation efforts (BirdLife International 2008). Further localisation of efforts is enabled by the identification of “IBAs in danger” – these are 423 sites, 370 of which are of global importance, that are under immense threat and require immediate conservation action.

Tropics and Sub-Tropics
Relatively large numbers of IBAs are identified for range-restricted endemic species in the tropics, largely due to the high number of Endemic Bird Areas that are located in these regions, particularly in comparison to temperate, sub-arctic, and artic regions. Sections of Africa, Asia, Latin America, and Oceania have dense tropical forest that many endemic species are dependent upon. As such, these regions also have proportionately more sites qualifying for biome-restricted assemblages, reflecting their richer faunas.

Temperate, Sub-Arctic, and Arctic
The high proportion of IBAs selected for congregatory birds in Europe, North America, Oceania, and most notably Antarctica (84% of identified IBAs) reflects the importance of northern latitudes for wetlands and migratory birds, such as albatrosses. For its size, an extremely high number of IBAs have been identified for Europe (2,656). Most of these are comparatively small, reflecting the degree to which natural habitats have been fragmented by human modification.

In Europe 2,656 IBAs of global significance (and an additional 1,685 sites of regional and subregional importance). Overall, sites identified at the global level cover 814,810 km2, equivalent to 7% of the land area of the region. Individual IBAs range in size from 0.01 km2 to 19,030 km2, with a mean size of 364 km2. Comparatively, far fewer IBAs have been identified for North America (1,030), Oceania (210), Australasia (499), and Antarctica (240). Albatrosses are the trigger species for a striking 11% of Antarctica’s IBAs; these birds undergo spectacular migrations and are one of the most threatened bird families (15 of 22 species threatened).

Currently only about 40% of IBAs are receiving some degree of protection. This has been a mammoth effort, but needs to be extended to full coverage of all IBAs in order to avoid irreversible biodiversity and habitat loss.