In Africa, recognition of the value of IBAs is resulting in the designation of new protected areas 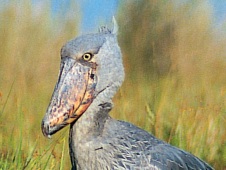 One result of a ten-country conservation project run by BirdLife Partners in Africa is that 69 Important Bird Areas have been given some form of protected area status, including all 29 hitherto unprotected sites in Tunisia.

Between 1998 and 2002, a project entitled ‘African NGO-Government Partnerships for Sustainable Biodiversity Action’ was run collaboratively by BirdLife Partner organisations in Africa, with support in part from GEF-UNDP. The aim of the project was to enhance biodiversity conservation in Africa through local and national NGO-government partnerships in the Important Bird Area (IBA) programme. Across the ten countries involved—Burkina Faso, Cameroon, Ethiopia, Ghana, Kenya, Sierra Leone, South Africa, Tanzania, Tunisia and Uganda—a total of 472 IBAs was identified. Of these, 55% had some form of legal protection at the time the project started. One of the project’s successes was that, by its end, an additional 50 IBAs from all project countries had acquired some form of protected-area status (Coulthard 2002, Anon 2003; see figure). This includes five IBAs designated as Ramsar Sites in Kenya, Tanzania and Uganda (Arinaitwe 2003) while in Tunisia all 29 formerly unprotected IBAs have been declared reserves by the Tunisian Government (Coulthard 2002).

Follow-up activities in all ten countries have continued, ensuring that the successes of this project are built upon. This has including further lobbying for the as-yet unprotected sites, such that by 2007 a further 19 sites (see figure) had been given some form of protection, including a further nine Ramsar sites in Uganda. Similar work is expanding into other countries in the region.

Recommended Citation:
BirdLife International (2008) In Africa, recognition of the value of IBAs is resulting in the designation of new protected areas. Downloaded from http://www.birdlife.org on 05/02/2023