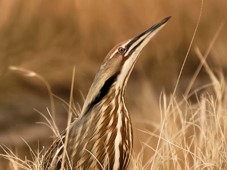 In North America, modelling shows that 53% of species are projected to lose more than half of their current geographic range by the end of the 21st century. For 40% of these species, loss occurs without concomitant range expansion, whereas for the others, loss of current range is coupled with the potential to colonize new areas. Based on these results, one-fifth of species are classified as ‘climate endangered’, and another third of species are classified as ‘climate threatened’.

The breeding and non-breeding geographic ranges of 588 North American species were determined using the North American breeding bird survey and the National Audubon Society Christmas bird count (Langham et al. 2015). The sensitivity of each species to climate change was determined depending on the size of projected range loss or gain by 2050 or 2080 for both the breeding and non-breeding season.

Many North American bird species identified as being climate change vulnerable are not currently threatened, and therefore do not currently receive any conservation attention. Of the 588 species studied, 21.4% are classed as climate endangered (loss of more than 50% of current range by 2050 with no net gain) and 32% as climate threatened (loss of more than 50% of current range by 2080 but with some net gain). Monitoring is desperately needed for these species, as climate change is expected to drastically reduce their range sizes by the end of the century.

Avian communities are therefore expected to change drastically, especially during the breeding season, with potentially profound effects for species interactions and ecosystem functioning. Monitoring and subsequent modelling exercises will be essential in ensuring effective conservation on the ground, especially since many species are not currently the focus of conservation efforts.

Recommended Citation:
BirdLife International (2015) Half of North American species are threatened by climate-induced range loss. Downloaded from http://www.birdlife.org on 28/10/2021