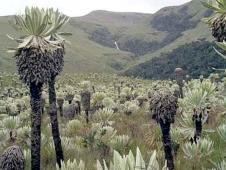 Responding to the need to focus effort and investment, many conservation organisations have carried out priority-setting exercises. However, these differ extensively in their targets, scale (both ‘grain’, i.e. size of the unit of analysis, and extent), and whether they tackle questions of where or how to do conservation (Redford et al. 2003). Given these disparities, argument about the ‘right’ way to set priorities is not surprising. Different approaches are often trying to achieve different things, or are nested within one another in terms of scale. When approaches of similar grain, extent and purpose are compared, there are often reassuring levels of agreement.

Well-established, large-grain, global priority analyses that ask ‘where’ conservation should be done include Endemic Bird Areas (EBAs) (BirdLife International, Stattersfield et al. 1998), Terrestrial Biodiversity Hotspots (Conservation International, Mittermeier et al. 1998) and the Global 200 Ecoregions (WWF, Olson and Dinerstein 1998). EBAs (numbering 218) are areas where two or more bird species with ranges of less than 50,000 km2 co-occur. Hotspots (25) are biogeographic regions with high levels of plant endemism (at least 1,500 endemic plants, corresponding to 0.5% of the global vascular plant flora) and where less than 30% of the original natural habitat remains. Global 200 Ecoregions (200) are considered the most biologically valuable ecoregions, containing outstanding examples of each of the world’s habitat types.

These priority areas have been identified using different approaches and criteria, including different taxonomic coverage at different scales, yet they show considerable geographic overlap and similarity (see figure). For example, EBAs, Terrestrial Biodiversity Hotspots and Global 200 Ecoregions all encompass the Atlantic Forest of Brazil, the Philippines, large parts of Madagascar and the tropical Andes. These priority-setting frameworks are valuable for focusing global-scale attention and funding on the world’s most important places for biodiversity conservation.