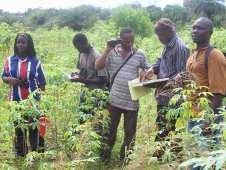 Around the world hundreds of thousands of members of the public are contributing their time and data to numerous Citizen Science projects, providing a wealth of information for BirdLife Partners to use for site/species monitoring and protection.

Monitoring the arrival of Spring across Europe with SpringAlive!

Observations on four species are submitted by the European public to show how Spring is progressing across Europe.

Public participation in conservation is not new, but with the spread of the internet, it has become much easier for large numbers of people to get involved. The popularity of 'Citizen Science' projects has enabled conservation organisations to mobilise large numbers of volunteer recorders to help them with monitoring and site safeguard (Greenwood 2007). In addition, with birdwatching such a popular activity, harnessing people's observations has provided a huge reservoir of previously unavailable data that can feed into conservation planning and policy.

Projects range in sophistication from relatively simple garden lists to involvement in long-term complex monitoring. For example, the Big Garden Birdwatch run by the RSPB in the UK attracts over 400,000 participants every year, who give up an hour of their time on a set weekend in January to record their garden birds, so providing an annual snap-shot of how well different species are faring. SpringAlive! is a pan-European project mainly for children, monitoring the arrival of Spring across the continent through observations of four species (see map), and encouraging a life-long commitment to conservation.

More generally, the Worldbirds project brings together data collection and reporting systems from many countries, providing a focus for birdwatchers and groups. The ultimate goal is to cover the whole globe, enabling people to participate in their own language and add data not only from their home patch, but also from their travels. They can also find out where to see species, and report on the latest sightings at different locations.

Lists of species seen during visits to sites are good way to monitor species distributions and trends (Roberts et al. 2007), but where more sophisticated data are needed, surveys with specific methodologies are developed. These too include a large element of volunteer participation, from Common Bird Monitoring in Poland, waterfowl counts in Kenya, and migration studies across the Americas. Many observers start as amateurs and develop into highly valued recorders who enable BirdLife Partners to carry out work that would otherwise be impossible.