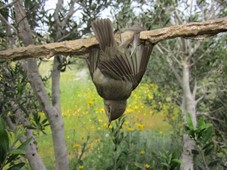 The illegal killing and taking of birds is a huge threat to species globally. In 2015, BirdLife published an assessment of the numbers of individual birds that may be killed/taken illegally per year in the Mediterranean region, identifying the species of greatest concern, and documenting the worst locations for illegal killing. The results underline the need for urgent action to address illegal killing and taking of birds in the region and will help stakeholders prioritise conservation actions to address this international conservation problem.

Overexploitation, in particular illegal killing and taking, is one of the main threats driving birds towards extinction globally (BirdLife international 2013), and is known to be a particular and growing issue of concern, especially across the Mediterranean (e.g. Schneider-Jacoby & Spangenberg 2010, CABS 2014). However, there are few robust, quantitative data on the species and countries involved.

A study by Brochet et al. (2016) assessed numbers of individual birds of each species killed/taken illegally in 26 Mediterranean countries/territories per year, using a diverse range of data sources and incorporating expert knowledge. They estimated that 11-36 million individuals per year may be killed/taken illegally in the region, many of them on migration, involving at least 375 (67%) of those species regularly occurring in the region.

In each of Cyprus, Egypt, Italy, Lebanon and Syria, more than two million individual birds may be killed/taken on average each year. For species such as Blackcap Sylvia atricapilla, Common Quail Coturnix coturnix, Eurasian Chaffinch Fringilla coelebs, House Sparrow Passer domesticus and Song Thrush Turdus philomelos, more than one million individuals of each species are estimated to be killed/taken illegally on average in the region every year. Several species of global conservation concern were also reported to be killed/taken illegally in substantial numbers: Eurasian Curlew  Numenius arquata, Ferruginous Duck Aythya nyroca and Rock Partridge Alectoris graeca (all listed as Near Threatened on the 2014 IUCN Red List).

The work by Brochet et al. (2016) is the first pan-Mediterranean analysis providing preliminary baseline assessment of the scope and scale of illegal killing of birds. The priority is now to implement systematic monitoring of illegal killing/taking of birds and to collate and assess these data at regional and flyway level to generate more robust data, as suggested by the best practice guide for monitoring illegal killing and taking of birds (BirdLife International 2016). The guide aims to facilitate expansion of monitoring, increase the robustness of existing schemes, and support the development of a more coordinated approach across the region and beyond. This would allow stakeholders to track trends, target actions and monitor the effectiveness of responses to address this international conservation problem.

Illegal Killing of Birds in the Mediterranean
Roadmap towards eliminating illegal killing, trapping and trade of birds

Recommended Citation:
BirdLife International (2016) Assessing the scope and scale of illegal killing and taking of birds in the Mediterranean. Downloaded from http://www.birdlife.org on 02/12/2022